The fact that nature doesn’t know boundaries, counts as a cliché. This applies particularly to Drava region where the river and the country border intersect a dozen times between Hungary and Croatia. Old Drava oxbow near Barcs is also located on both sides of the border. It is protected in both countries and it is also part of Transboundary Biosphere Reserve Mura-Drava-Danube. 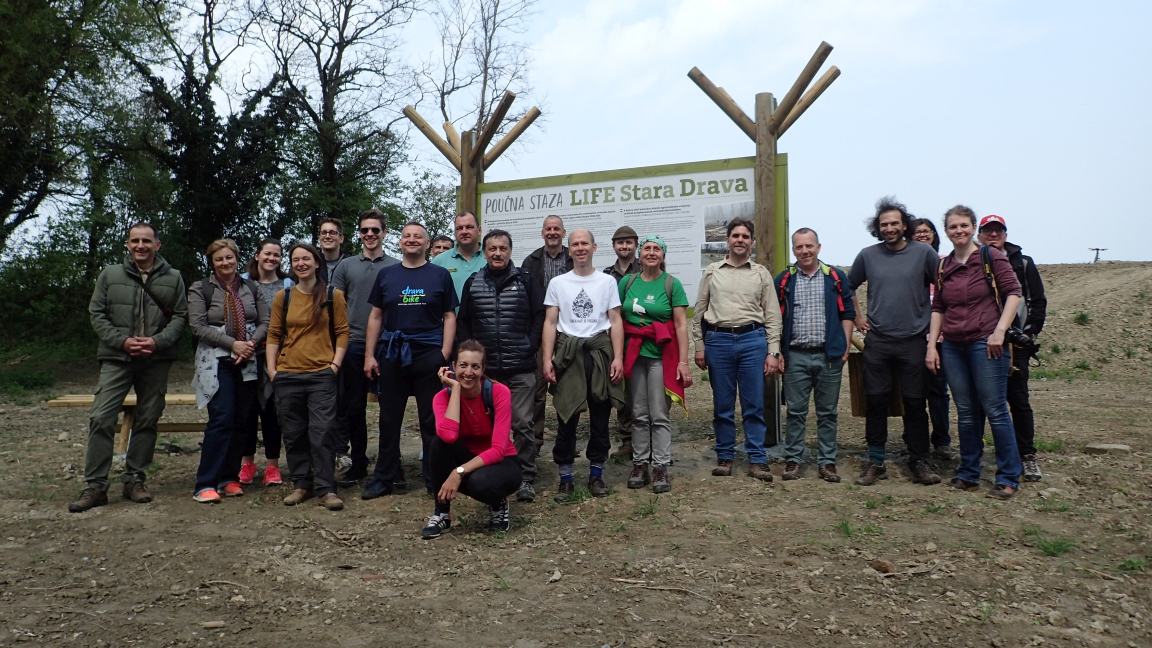 The former Drava river bend became an oxbow which is lined on the shores by a small patch of Salicion albae and Alnion incanae. The mosaic of water, reed and Salicion triandrae is part of the EU Natura 2000 network in both countries. The area provides home for many protected species like from fishes Rhodeus amarus, from dragonflies Aeshna isoceles, from amphibians Pelophylax lessonae, from reptiles the Anguis fragilis and from birds the Aythya nyroca. Protected plants occur also in large number, in the water Trapa natans and Nymphoides peltata are the common species, in forest habitats Equisetum hyemale and Cephalanthera longifolia are present.

Although the oxbow and its surroundings are very rich in nature values, as a result of the changing environment and human activity negative processes were captured. To develop and implement the solutions, a common LIFE proposal was submitted. The decreasing water level in the oxbow, dropping groundwater level in the surrounding gallery forests or the abandoned fishing platforms, which all are detrimental to the nature, were considered as a challenge that should be solved. 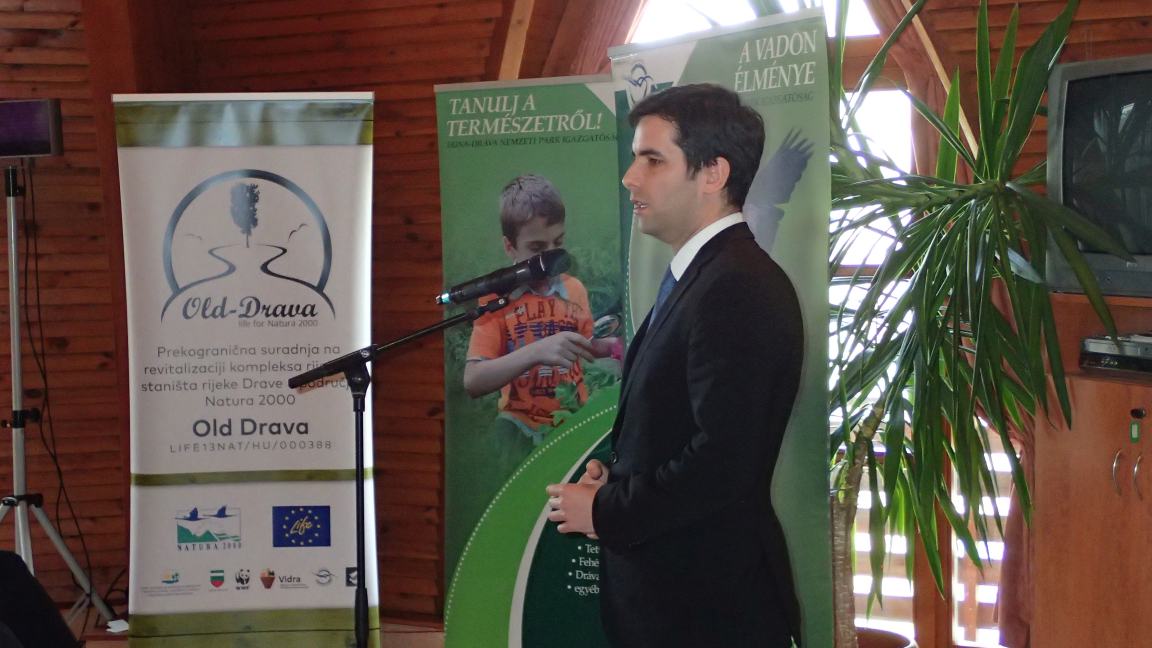 For the solution of the above mentioned problems, in cooperation of the Hungarian and Croatian partners, the following interventions were realized.For the stabilization of the water level in the oxbow a water retention structure, a bottom weir was built. The aim of this is to retain water in the oxbow and reduce the water flowing into the direction of the Drava River. This intervention stabilizes the water level of the Old Drava and hinders the risky and harmfully low water levels. The location of the bottom weir was planned by engineers who were seeking the possible best place for constructing the smallest possible structure that can retain the aimed water level. At the same time level of the bottom weir was planned in a way that floods on the Drava River could exceed it so ensuring the refill of the oxbow also from downstream.For the maintenance of the open water surface, a smaller dredging was also implemented, during which 7000 m3 of silt was removed which was pumped out through a pipeline and the Fekete creek to the Drava.For increasing the diversity of the gallery forests native tree and shrub species were planted (e.g. Tatar maple, Populus tremula, wild fruits).40 pieces from the abandoned fishing platforms were disassembled and garbage was removed. 30 fishing platforms were reconstructed which can be used by fishermen and 6 new fishing platforms were built for community use. There is no need to build new ones any more.To make the project familiar for the wide public, more platforms were used to spread the natural values of the Old Drava and results of the project. At the beginning of the project the www.olddrava.comwebpage was created where the actual stages of project activities were published. Not only short news was uploaded but also detailed documents related to the project like plans, monitoring reports were also available and downloadable for professionals. Printed publications were also prepared, firstly a Hungarian/Croatian/English flyer, secondly a thematic newspaper was printed which was spread in 4200 copies between the inhabitants of Barcs city. For schools an interactive exercisebook was developed which familiarize the future generation with the values and importance of wetlands. In Croatian-Hungarian cooperation the most important stages of the last five years were documented in an educational film. 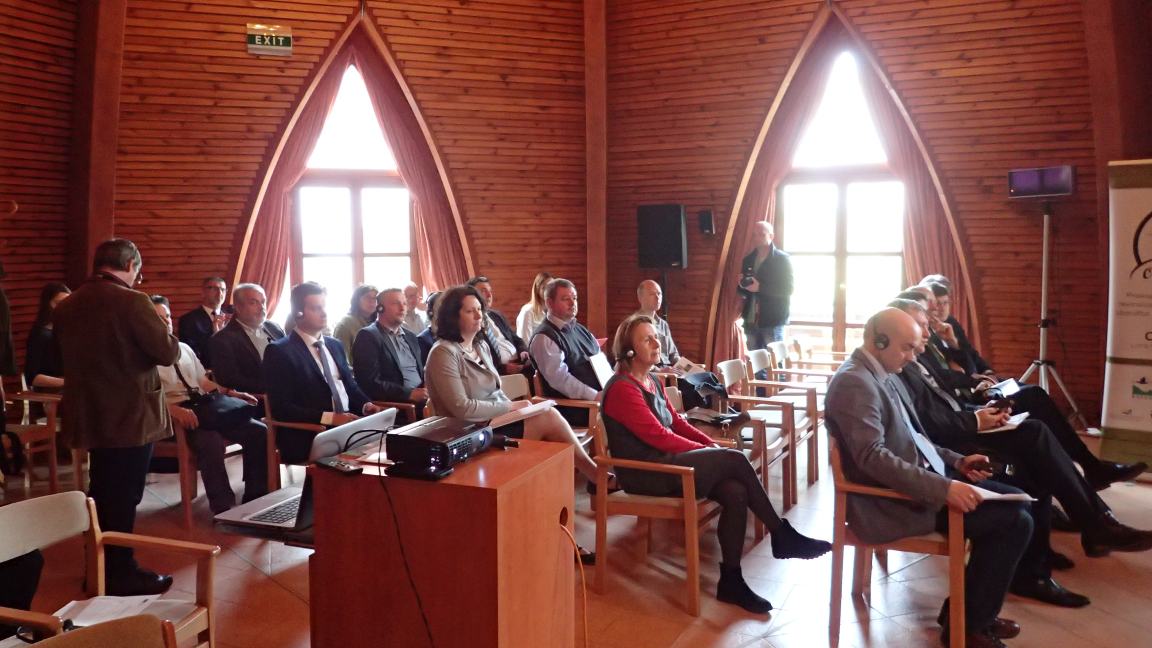